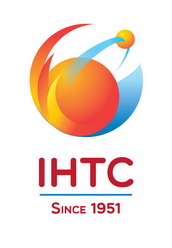 Impinging synthetic jets have been identified as a promising technology for cooling miniature structures. Recognizing their thermal performance on the target surface requires a fundamental understanding of the momentum field produced by the pulsating coolant flow which is dependent on the distance between the nozzle exit and the wall. It was earlier reported that the cooling performance of a synthetic jet is highly sensitive to this distance, i.e. as the nozzle-to-plate distance is reduced the jet performance degrades, however the fundamental mechanism for this behavior has not been well-understood. Therefore, a computational study is performed to investigate the flow and thermal fields of a meso-scale slot synthetic jet for a small jet-to-surface spacing of H/Dh = 2. Spatial discretization is implemented via a second order upwind scheme and a second-order implicit scheme is used for temporal discretization to ensure stability. The results show that the pulsating flow at the nozzle exit generates vortices and these vortices seem to have effect on the target surface profiles before they get dissipated. Mean surface profiles are also determined and their applicability at various frequencies is discussed.
KEY WORDS: Heat transfer enhancement, synthetic jet, turbulent flow, CFD, electronics cooling, impingement heat transfer.
Choose an option to locate/access this article
Access via your login Purchase PDF $25.00
Home Archives Thermal Letter Officers Future meetings Assembly for International Heat Transfer Conferences English Русский 中文 日本語 Português Spain French German Help Contact Us Back to Begell House